Why Do SEO Firms Charge Thousands ?

go to http://www.firstpageyahoo.com/ to get high traffic to your site!

SEO firms charge what seems to be, and often is a whole lot of money to properly optimize your site. Notice how I said "properly optimize" your site. You can pay someone small money to get your site on the first pages of Google and Yahoo. I once got a phone call from an overseas firm that told me if I paid them $40.00 per month and sign a contract for a year that they would get my site on the first page of Google guaranteed. After I agreed and gave them my credit card info and thier first $40.00 they seemed to ignore me. When I called to ask why I was'nt on Google first page they quickly changed thier tune. The technician on the phone told me that it would take about 4 or 5 months before I would see my site. This was something that I was never told when I agreed to a one year contract with them. Then the technician also told me that it would take time for me to show up on the second page. I quickly got into an arguement with him because now he was telling me I would be on the second page and not the first page of Google.
Heres what really happened
The firm that I hired was not going to do much for the $40.00 per month. They just call up and solicit people to sign up for a year contract and they are so busy it takes them 4 or 5 months to do what should only take a week. The technician just stalls his customers to keep them pacified. The reality is that this firm would wind up getting my site on the search engine Google maybe at some point halfway through our 1 year contract, and the way they would do this would be through some obscure search keywords. By the time I complain they would already be paid for 6 months work. I caught this early when I first signed up with them and by the way that they deceptively kept changing what they were telling me.      http://lincolnparkcarpetcleaners.com

Posted by Treating Addiction at 8:57 AM No comments:

Do you want to find out what keywords your competitors are keying into their site? Well you can find out! It's as easy as going to http://keywordspy.com/ . Just go to this site and sign up for a very minimal cost and you willo be able to find out all the keywords your competiters are keying into their sites to get better rank. But again bare in mind that youi will need to also get back links and thick rich quality content on your site in order to get great search engine rank. Remember that great rich content will make your site an authority in it's field and get you lots of people to want to link to your site. It takes work but the rewards are many as you advertise to the world via the internet.   http://lincolnparkcarpetcleaners.com
Posted by Treating Addiction at 8:56 AM No comments:

by Matt Vella
Since the Internet emerged as a major force, altering everything from the way people work to the way they date, it has been a roller-coaster ride that made the world giddy. Microsoft (MSFT), Netscape, et al. fought the browser wars, Web standards were championed, and the Web became community-minded and social, ushering in the reign of Facebook, Flickr (YHOO), and YouTube. From boom to bust and back again, with staggering amounts of money changing hands at every point, the online industry rides on with no end in sight.
The Net has also attracted prophets, gurus, theorists, and evangelists of every stripe. Many of their promised game-changing technologies—Jini, DHTML, and countless others—never panned out, while seemingly simple innovations—metadata, XML, and CSS—have led to major breakthroughs. Meanwhile, Web design vogues from the effervescent jumble of HotWired to the stark utility of Google (GOOG) have continued to evolve and become more contradictory—and entrenched.
To try and make sense of it all, BusinessWeek.com canvassed a broad range of Internet luminaries to discover the design rules they live by right now. Contributors ranged from the guru of Web usability, Don Norman, co-founder of the Nielsen Norman Group, to the design director of NYTimes.com, Khoi Vinh, and John Maeda, president-elect of the Rhode Island School of Design. These 10 commandments of Web design for 2008 are the combined results of our survey. For the full list of contributors, see the end of the story.
1. Thou shalt not abuse Flash.
Adobe's (ADBE) popular Web animation technology powers everything from the much-vaunted Nike (NKE) Plus Web site for running diehards to many humdrum banner advertisements. But the technology can easily be abused—excessive, extemporaneous animations confuse usability and bog down users' Web browsers.
2. Thou shalt not hide content.
Advertisements may be necessary for a site's continued existence, but usability researchers say pop-ups and full-page ads that obscure content hurt functionality—and test a reader's willingness to revisit. Elective banners—that expand or play audio when a user clicks on them—are much less intrusive.
3. Thou shalt not clutter.
The Web may be the greatest archive of all time, but sites that lack a coherent structure make it impossible to wade through information. Amazon.com (AMZN) and others put their sites' information hierarchy at the top of their list of design priorities.
4. Thou shalt not overuse glassy reflections.
Apple (AAPL) often sets the standard for slick and cool—in all forms of design. But some experts say the company's habit of creating glassy reflections under photos of its products has been far too commonly copied, turning the style element into a cliché.
5. Thou shalt not name your Web 2.0 company with an unnecessary surplus or dearth of vowels.
The Web has brought with it a strange nomenclature that's only got weirder over time. Hip, smart Web sites have been named either with a superfluous number of vowels or strategically deleted ones. Cases in point: Flickr, Smibs, and Meebo. These names are memorable but destined to sound dated.
6. Thou shalt worship at the altar of typography.
Designers say that despite the increase in broadband penetration, plain text has gotten a second wind in cutting-edge Web design. Mainstream sites such as Craigslist have led the way, while designer-oriented sites such as Coudal Partners and John Gruber's popular Daring Fireball blog represent the cutting edge.
7. Thou shalt create immersive experiences.
Merely looking good doesn't cut it anymore. Sites like Facebook and YouTube draw in users with compelling content and functionality. Creating Web sites that can capture and hold users' attention is what matters most.
8. Thou shalt be social.
Web 2.0 is everywhere. MySpace (NWS) and similar sites only launched the trend of having users communicate and interact—sometimes obsessively—on browser-based sites. Designers are now filtering those same elements into diverse sites, from smart advertising to online office productivity.
9. Thou shalt embrace proven technologies.
Wikipedia, YouTube, Facebook, and their cohorts have become a part of daily life. Sites that can incorporate these elements into their design will connect with users in a meaningful way by providing functionality and an interface with which they're already familiar.
10. Thou shalt make content king.
Though the slogan is old, it still stands. Aesthetic design can only go so far in making a site successful. Beautiful can't make up for empty.
Click to view a slide show of the Best and Worst of the Web. Cast your votes for which of the sites you love and hate in this exclusive BusinessWeek.com interactive poll.
Contributors: Dan Cederholm, founder, SimpleBits Chris Conley, associate professor and head of the Human-Centered Product Design track at the IIT Institute of Design Malcolm Garrett, joint creative director, AIG Robert Greenberg, chairman, CEO, global chief creative officer, R/GA Steven Heller, co-chairman, MFA Design program, School of Visual Arts John Maeda, president-elect, Rhode Island School of Design Don Norman, founder, Nielsen Norman Group Dave Shea, founder, mezzoblue; author, The Zen of CSS Design Lisa Strausfeld, partner, Pentagram Jakob Trollbäck, founder, Trollbäck + Co. Khoi Vinh, design director, NYTimes.com Simon Waterfall, creative director, Poke; president, D&AD Martin Wattenberg, founding manager, IBM Visual Communication Lab Jeffrey Zeldman, publisher, A List Apart Magazine, founder Happy Cog Studios
With Ernest Beck, Reena Jana, Bruce Nussbaum, Jessie Scanlon and Helen Walters. 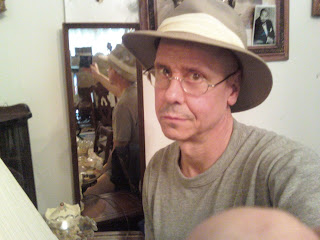 Posted by Treating Addiction at 6:00 PM No comments:

Carpet cleaning chicago    http://lincolnparkcarpetcleaners.com
Posted by Treating Addiction at 4:13 AM No comments:

Get your wbesite and business on Google and Yahoo first page